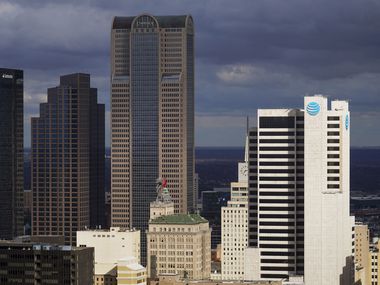 The state’s best-known corporate incentive program, the Texas Enterprise Fund, got its usual vote of confidence last month. Lawmakers in Austin approved another $100 million for the next two years, allocating roughly the same amount to the so-called deal-closing fund as in recent legislative sessions.

That’s welcome news in Dallas-Fort Worth, where projects over the years have won $289 million in enterprise awards, more than any region in the state.

In the most recent two-year period, D-FW companies won over three-quarters of the funds awarded. That includes millions in grants for Uber Technologies in Dallas, Microsoft in Irving, Texas Instruments in Richardson, Wesco Aircraft Hardware in Fort Worth and the Professional Golfers’ Association of America in Frisco.

The question is: How much of the money will be well-spent?

From 2019 through 2020, four companies completed their enterprise deals as advertised, according to the latest report to the Legislature from the governor’s office. But 15 companies terminated their contracts, presumably because some wouldn’t meet their commitments.

The terminations freed up over $23 million to be returned to the fund. The state also clawed back $4 million more in awards because participants didn’t hit hiring numbers.

Some see those refunds as evidence of a flawed program while others believe the opposite — that they show the state’s increased oversight is working.

“We certainly see improvement in our monitoring and compliance,” said Adriana Cruz, executive director of Economic Development and Tourism for the Office of the Governor. “A lot of those payments and liquidated damages are from prior years, and as those old contracts expire, they’ll be even lower. There also may be no clawbacks because they’re all performance-based now.”

The fund was created in 2003, and in the early years, it provided money to companies soon after they announced expansion plans. But a 2014 state audit found that the office of then-Gov. Rick Perry did not have good controls to monitor the process and company commitments. Almost half the money, especially in the early years, was awarded without contracts or specific job-creation pledges.

That led to major reforms, and now taxpayer money is distributed only after hiring and investments have been made — and new jobs and wages confirmed. Companies receive about $1,000 to $10,000 per job, depending on median wages, capital investments and other details.

“Every year they’ve operated the enterprise fund, the due diligence has gotten better,” said Bill Sproull, CEO of the Richardson Chamber of Commerce. “The return the state’s seeking, the clawbacks in case the investment doesn’t happen, the terms of the deal negotiated on the state’s behalf — they’re all better.

“From a taxpayer perspective, you have to appreciate what the governor’s office has done to really tighten up that program,” Sproull said.

After the 2014 audit, the amount of reclaimed money soared. For the 2015-16 biennium, the governor’s office collected over $19 million in clawbacks and termination payments from companies that hadn’t produced the specified results. Over $12 million more was returned as unencumbered funds, which means the companies dropped out.

In 2019-20, over $27 million was returned, representing a decline in troubled deals. As Cruz said, she expects the returned awards to continue to decline as older, flawed contracts are replaced with ones that pay only after jobs are delivered.

In past legislative sessions, there were efforts to cut corporate incentives, including the enterprise fund. Last month, lawmakers failed to authorize an extension of the Chapter 313 program, which allows big projects to reduce their school taxes.

The 313 program started a few years before the enterprise fund, and school districts have approved $10.8 billion in tax breaks over the past two decades. But the program has been riddled with abuses, primarily around projects that were coming to Texas anyway — and still got the tax breaks.

While lawmakers opted to let funding for 313 run out at the end of 2022, they approved another $100 million for the enterprise fund.

“I hope this is a sign that our state legislators and leadership are comfortable with the program and how it’s being managed and operated,” said Cruz, who was appointed executive director of economic development in October 2019.

The enterprise fund was created not long after Boeing Co. selected Chicago over Dallas for its corporate headquarters. Elected leaders and economic development officials argued that Texas needed an extra incentive — more than the usual tax abatements — to win relocation contests against other states.

They settled on cash, positioning the grants as the last “deal-closing” piece in the recruitment process. From late 2003 through March 2021, the fund made award offers to over 180 projects.

Recipients pledged to create at least 104,507 direct jobs and invest $34.1 billion, according to the latest quarterly update posted online. The enterprise fund made offers totaling nearly $679 million, and through March, it had distributed $539 million.

“In my opinion, it’s the most valuable economic development tool we’ve got — because it’s cash,” Sproull said. “It gives the state the ability to come in on any project that creates a lot of jobs and make an investment that’s meaningful to the company.”

During the pandemic, there’s been an increase in corporate interest in the enterprise fund, Cruz said. Her agency is getting about 70 inquiries a quarter from potential prospects, roughly double the number it received before the pandemic.

Kelley Rendziperis of the Site Selection Group said the Dallas-based location consulting firm is busier than ever. It has a backlog of projects delayed by the pandemic, many clients that want to reduce their existing footprint and companies whose businesses soared during the past year.

“Incentives are definitely at the forefront for most of the executive teams,” she said “Because of the pandemic, everybody is trying to be profitable and make [sound] economic decisions — and the incentive piece folds in there.”

Nathan Jensen, a government professor at the University of Texas at Austin, has criticized the state’s incentive programs, including the enterprise fund. But he prefers cash awards to abatements, especially on school taxes.

“I know it sounds weird, but if you’re going to give incentives, cash is a much more efficient way,” Jensen said. “It can help startups that need capital. Cash grants also are more transparent. We know exactly how much is being given, and people can decide whether they think it’s worth it.” 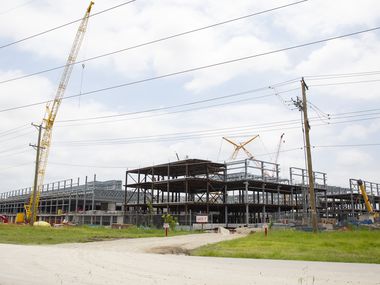 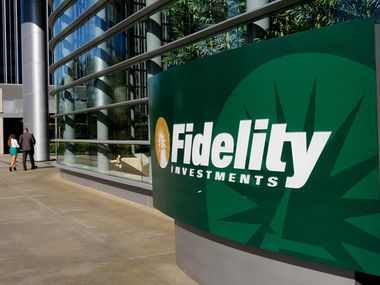