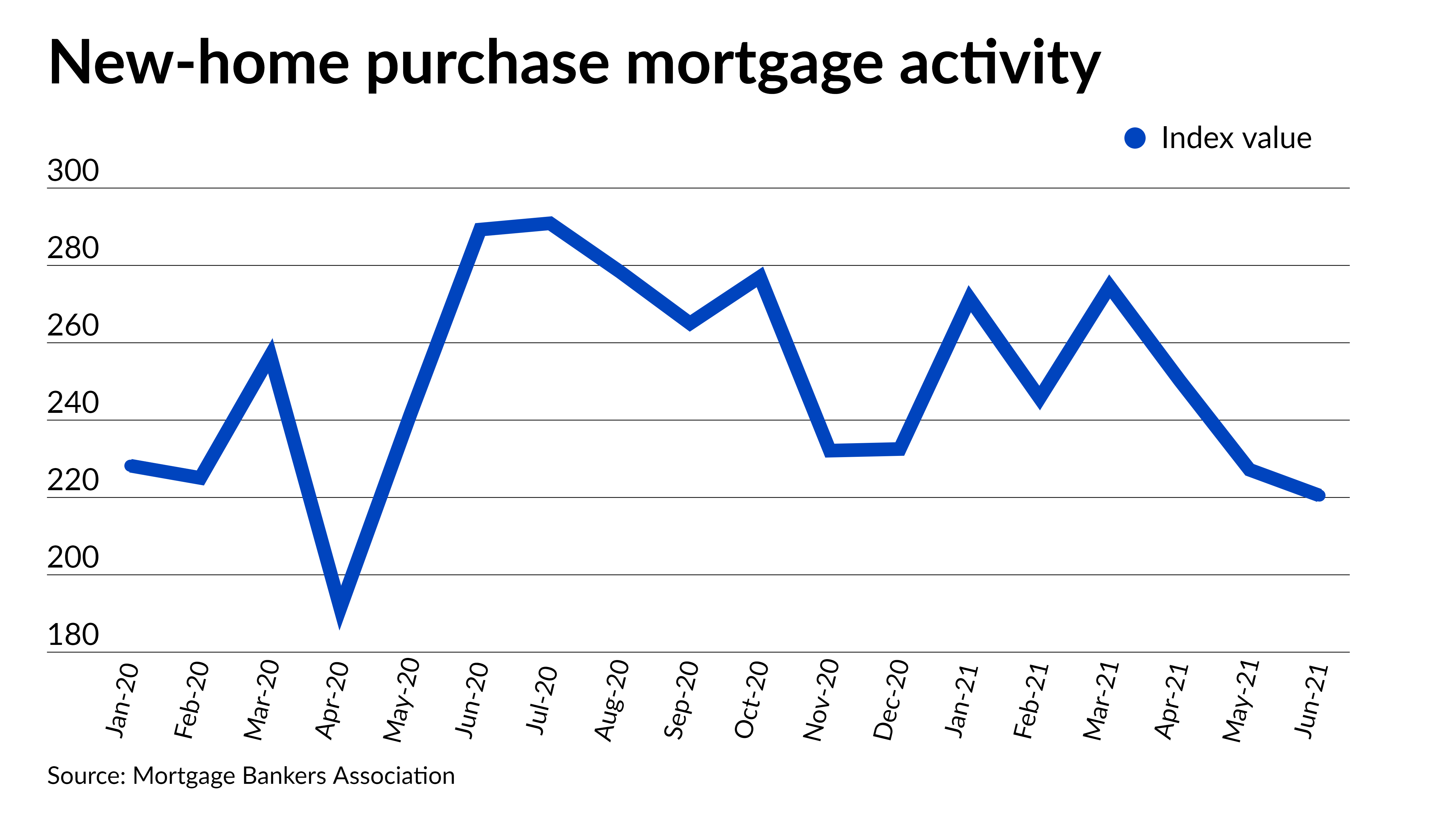 June applications fell 3% from May and 23.8% year-over-year, according to the Mortgage Bankers Association’s Builder Application Survey.

June’s seasonally adjusted annual estimate of 704,000 sales declined 5% from May’s 741,000 units. It represented the lowest amount since May 2020. The annual rate of sales over the past three months sits about 7% lower than 2020’s average, according to Joel Kan, MBA’s associate vice president of economic and industry forecasting.

“In addition to price increases, we are also seeing fewer purchase transactions in the lower price tiers as more of these potential buyers are being priced out of the market, further exerting upward pressure on loan balances,” Kan said.

Conventional loans accounted for 74.4% of new-home loan applications, up from May’s 73.9% and June 2020’s 65.1% shares. Loans insured by the Federal Housing Administration followed at a 14% share, falling monthly from 14.8% and annually from 22.6%. Mortgages guaranteed by the Department of Veterans Affairs went to 10.6% from 10.4% and 11.2%, while Rural Housing Service and U.S. Department of Agriculture loans took up the remaining 1%, holding from 0.9% and 1%, respectively.