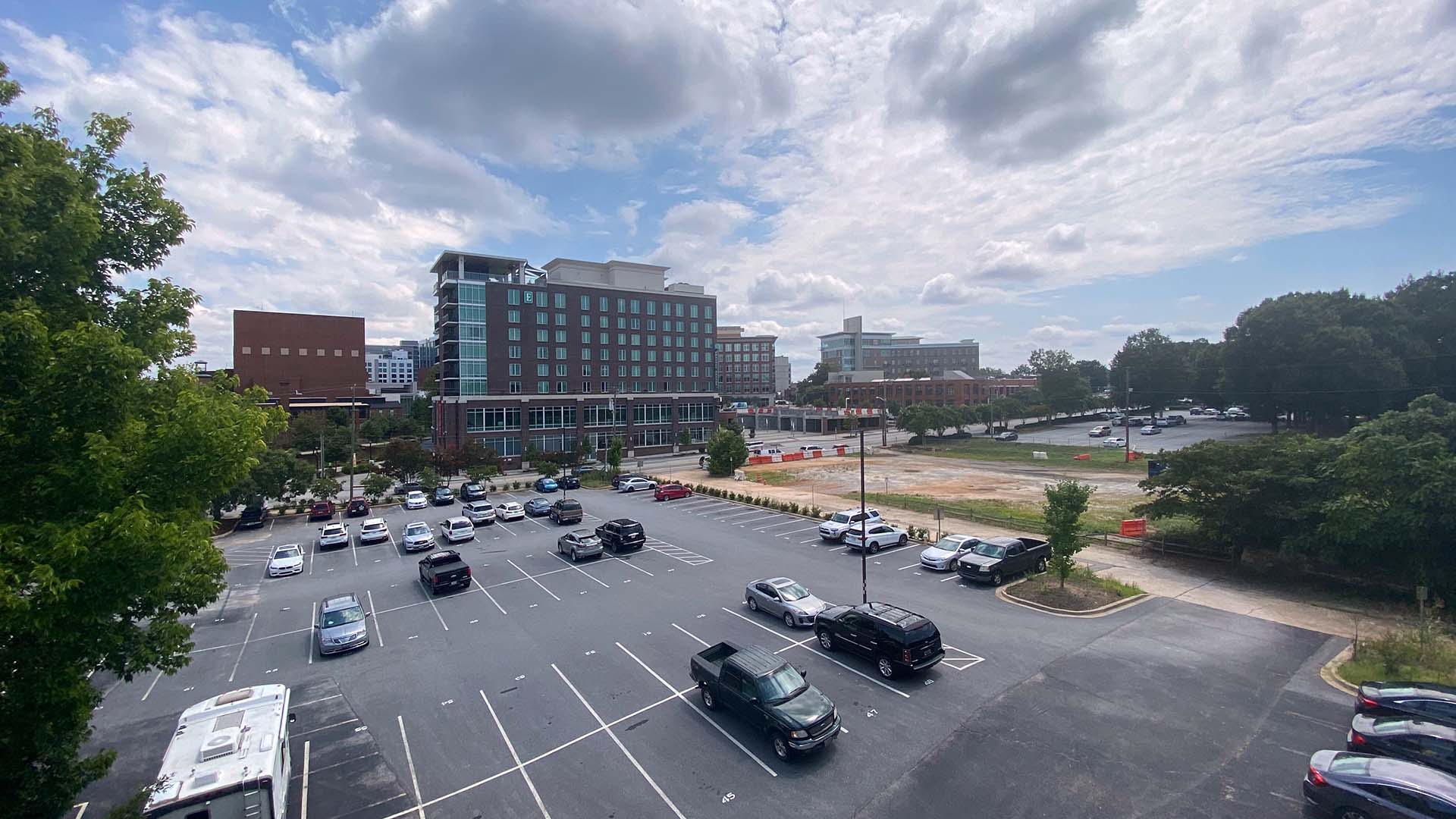 Early master plans and concepts for a proposed $78 million downtown conference center were revealed to the public during two “informational open house” events on Monday, August 16.

The meetings, the first of which was held mid-day Monday and was attended by about 90 people, are meant to provide information to the public, while also gathering input from residents on key priorities and areas of concern.

“All along the way we’re going to have opportunities for people to take a look-see at the project as it evolves,” said Greenville Mayor Knox White.

Here’s a look at the project’s timeline:

The proposed conference center would be located on 6.7 acres of property along the Reedy River between River and Academy streets across from the Embassy Suites hotel on what developer Phil Hughes calls “the last piece of undeveloped property on the river in downtown.”

Hughes is developing the project alongside Bo Aughtry. The plan is for Hughes and Aughtry to donate the land to the city, with construction costs then split evenly between the city, the county and the state, each of which would chip in $26 million, bringing the total project cost to $78 million. Hughes and Aughtry would also pay to upfit space inside the center that is reserved for two museums.

But the project is still in the early stages, according to project lead Brian Tennyson of LMN Architects.

“This is all just master planning and with events like this, it gives us a chance to make sure everybody can see what the project is and what it isn’t,” Tennyson said.

As it stands, the project will consist of 184,000-square feet of mixed-use space including a conference center, support space and two museums.

Here’s a detailed breakdown of the space:

The goal of the project is simple: bring business travel to downtown Greenville.

“You have to look at what meeting planners want for their groups across the board,” Tennyson said. “Greenville already checks all those boxes: walkability, a thriving restaurant scene, a cool vibe, an authentic experience of place, hotels that you can walk to from the site. Downtown provides all that.”

The goal, then, is to build a center that can meet those needs and lure the lucrative business meeting crowds downtown to act as an economic boon for hotels, restaurants and other businesses nearby.

Although Greenville already has an existing convention center at 1 Exposition Drive, Mayor White said the simple fact that the convention center is a 10-15 minute drive from downtown automatically disqualifies it from being an appealing location for many business conference organizers.

“Let’s go back to the basics of why we’re doing this,” White said. “We have an oversized convention center that we inherited when we bought it back in 2000 and it’s simply in the wrong location. It can never attract the conferences and shows that we think can come to Greenville. Why is that? Because it’s not connected to the hotels, the restaurants, the shops and stores that people are looking for.”

White said he hopes the city can create what he calls an “economic development nexus” that does not exist in Greenville with more meetings, organizations and conferences coming to the city, thereby luring more talented people and hopefully, more companies.

The city will pay for the majority of its $26 million share of the conference center costs by reconstituting city’s existing 20-year Falls Park bond, which expires next year.

“It’s very convenient and good timing, so we’re in a good place on that,” White said.

“It doesn’t perform anywhere near to its full potential,” White said.

County council members have expressed support for ensuring the convention center remains in operation for large trade shows, summits, recreational shows and other events that would be too large for the proposed downtown conference center space. 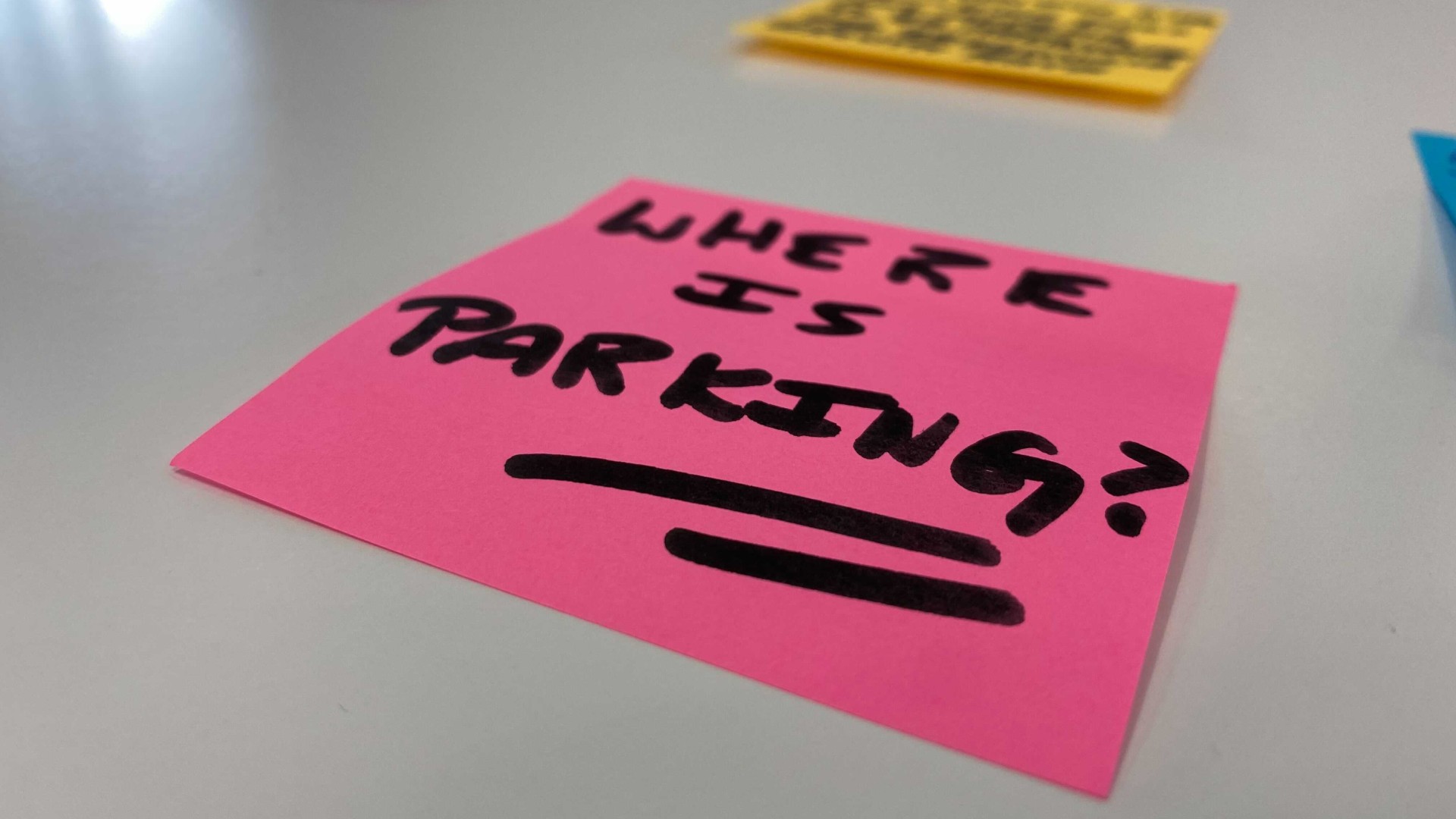 During Monday’s morning meeting, attendees were able to express their major areas of concern and priorities using stickers. Each attendee was given three green stickers and was encouraged to post them in various boxes under the question: “What are your three priorities for the public spaces around the conference center?

Attendees could post their stickers in boxes under the labels: enhanced open space, improved bicycle and pedestrian connectivity, active urban plaza, integration with other plans and cultural activities and public art.

But by far the most popular category: parking.

The same was true for post-it notes that attendees wrote on white boards in the center of the room. Of the 50 or so notes left at the end of the meeting, 20 expressed concern about inadequate parking and traffic flow.

But project stakeholders said concerns over parking are actually less tricky to resolve for this particular project, given that the majority of those who would actually use the conference space would be business travelers who don’t come with cars at all.

“We’re looking for parking for West End anyway, so some of the parking, it could work out well that we could provide parking for the West End at the same time we do for the center,” White said. “Though again, we’re mainly focused in the center on people coming from out of town and staying in the hotels and walking from the event space.”