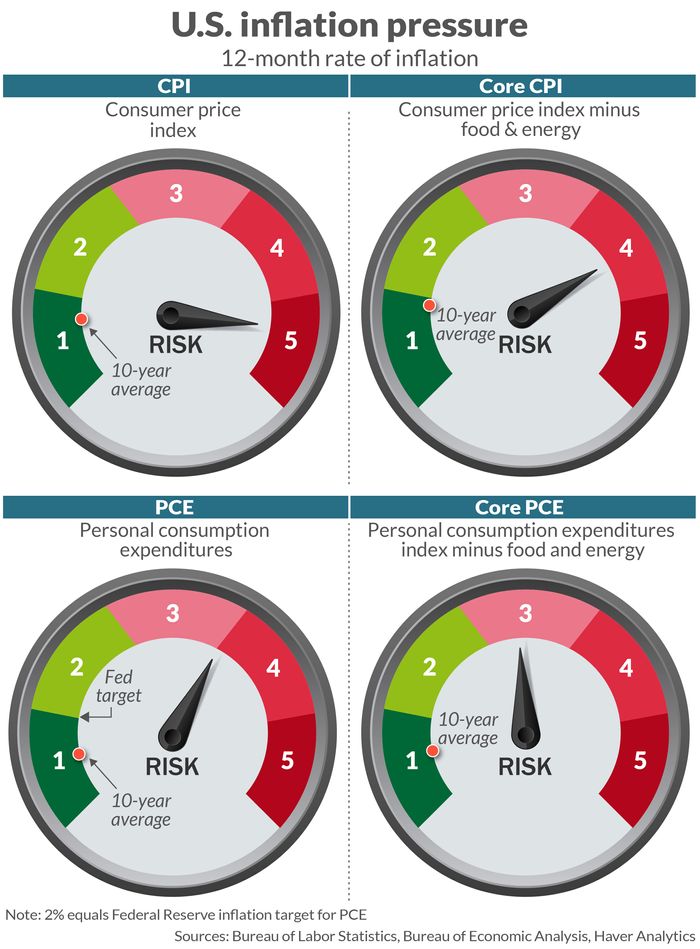 The numbers: Inflation in the U.S. rose sharply again in June and the increase over the past year remained at a 13-year high, raising the cost of living for consumers and casting a shadow over a strong economic recovery.

It was the fourth big upturn in a row and kept the increase over the past 12 months at 4%. That’s the highest level since 2008 and double the Federal Reserve’s 2% target.

A separate measure of inflation, the consumer price index, is running even hotter.

The surge in prices is largely tied to the reopening of the economy and widespread shortages of supplies and labor spawned by the pandemic. Americans are spending gobs of money and getting out and about, but businesses can’t keep up with all the demand.

The PCE index is the Fed’s preferred measure of inflation.

Big picture: The economy is growing rapidly, but there’s a big mismatch between how much customers want to buy and how much businesses can produce. That yawning divide is what’s triggered the surge in inflation.

The biggest hurdle is a lack of key business supplies such as computer chips. These shortages have driven up prices and put pressure on companies to pass the costs onto customers.

Adding to the problem is a surprising shortage of labor. Millions of people still haven’t returned to work even with job openings at a record high. Some companies have had to boost wages or reduce hours to cope with the labor shortage.

The Federal Reserve has said for months inflation would subside as the bottlenecks eased and the central bank is sticking to that view. Yet Chairman Jerome Powell finally acknowledged on Thursday that what he’s called “transitory” inflation could stay high longer than the Fed had anticipated, perhaps well into next year.

Read: Fed’s Powell admits a few things about the recent rise in inflation

The central bank has vastly underestimated the increase in inflation in 2021. Last December it was forecasting just a 1.8% increase.

Key details: The increase in inflation this year got its start from rising oil prices, but the cost of many goods and services are going up.

A separate measure of inflation that strips out volatile food and energy prices as climbed to the highest level since 1992. The core PCE price index rose 0.4% in June, a touch below Wall Street’s forecast.

The increase over the past 12 months crept up to 3.5% from 3.4%, but it appears to show signs of moderating. The core measure is viewed by the Fed as a better indicator of underlying inflation.

“Core prices are still running hot but have decelerated in the past two months,” said senior economist Sal Guatieri of BMO Capital Markets. “This will give the Fed some comfort in its transitory story.”

Investors appear to have taken a wait-and-see approach on inflation. Stocks are still rising and yields on U.S. Treasurys bonds have actually declined over the past few months.