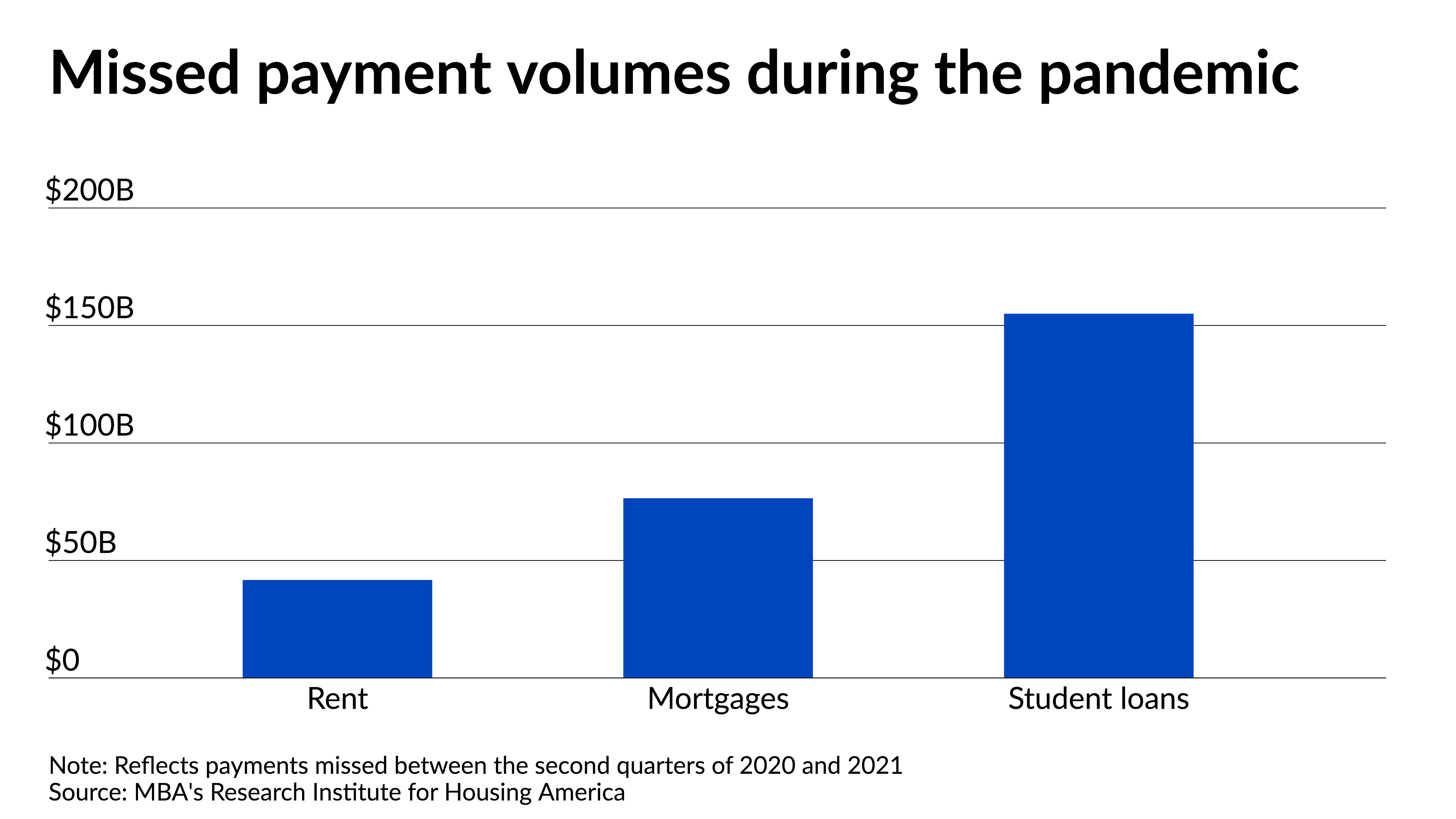 Reductions in the number of struggling tenants and people with school-related loan difficulties faltered a little in June compared to March, suggesting that the broader trend toward improvement in housing and educational debt performance is continuing, but has slowed.

Missing payments for mortgage borrowers had fallen to 2.19 million in June from 2.33 million in March, according to the Research Institute for Housing America. During the same time period, missing payments for renters rose to 2.86 million from 2.56 million. Arrears for student loan borrowers increased to 28 million from 26 million. However, those statistics include payments suspended through pandemic relief programs, some of which are expiring. When all three months in the quarter are averaged, missing payments in all three categories are still falling.

The numbers reinforce other signs that recovery isn’t moving quite as quickly as anticipated. While economic recovery and transitional government support like the more narrowly targeted eviction ban extension are likely to continue to drive improvement, the expiration of broader assistance and rising risk from COVID-19 variants are challenges.

While the trend in the number of individuals with arrears may look slightly more favorable for mortgages, because home loans represent relatively more sizable debts, they still account for the second largest category of missing payments. Mortgages have accounted for $76.5 billion in delinquencies since the pandemic began. Student loans have been $155 billion in arrears and rent has added up to $41.7 billion in late payments.