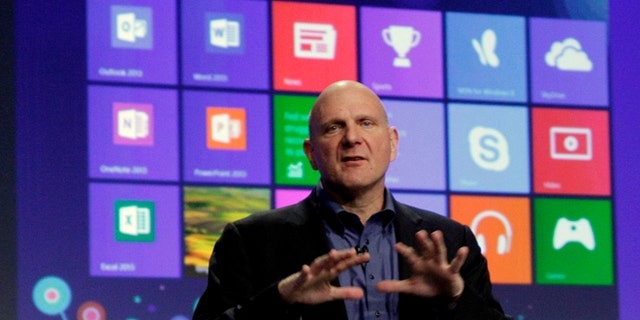 Former Microsoft CEO Steve Ballmer, founder of USAFacts, joined “Special Report” on Monday to react to the state of the U.S. economy.

USAFacts provides what it calls a non-partisan “data-driven portrait of the American population, US governments’ finances, and governments’ impact on society.”

In that regard, Ballmer was asked about the various factors relating to the economy, as well as President Biden’s new consideration of a federal gas-tax holiday – something that has been considered or tried short-term on a state level in places like Maryland and New York.

“I think there’s probably three or four factors worth thinking about. Obviously inflation is on everybody’s mind. If we look at inflation adjusted wages, we’ve certainly seen a decline, but a small decline over the course of the last couple of years– smaller than I think people probably think about in terms of inflation adjustment,” Ballmer said.

He added that his figures show the American workforce at or near the same level it was pre-pandemic, quoting 11 million job openings for 5 million unemployed citizens.

“[That] means even if we filled every opening, we would still be short labor.”

On the crime front, Ballmer noted the 1990s were the most recent long-tenured high-crime era.

“Crime rates have come down, leveled off and come just justice, go back up over the course of the pandemic, as we know. But I think people sometimes missed the good trends that we do see,” he said. “But firearm deaths are up 43% since 2010. A lot of that is suicide, quite frankly. But as we’ve seen lately, homicide deaths are up and all the tragedy that comes with that.”

When asked about the nation’s and the NBA’s relationship with China, the Los Angeles Clippers owner said it would be an “economic mistake” to withdraw from that market completely, while calling the relationship between the league and Beijing “tricky,” given allegations of Xinjiang human rights abuses and so forth.

“I think our government has shown leadership on that and our league has been following in some senses some of the leadership of government in terms of having what I call an appropriate relationship with China. But things will change, and I’m sure our league direction will change as well.”

Charles Creitz is a reporter for Fox News Digital.