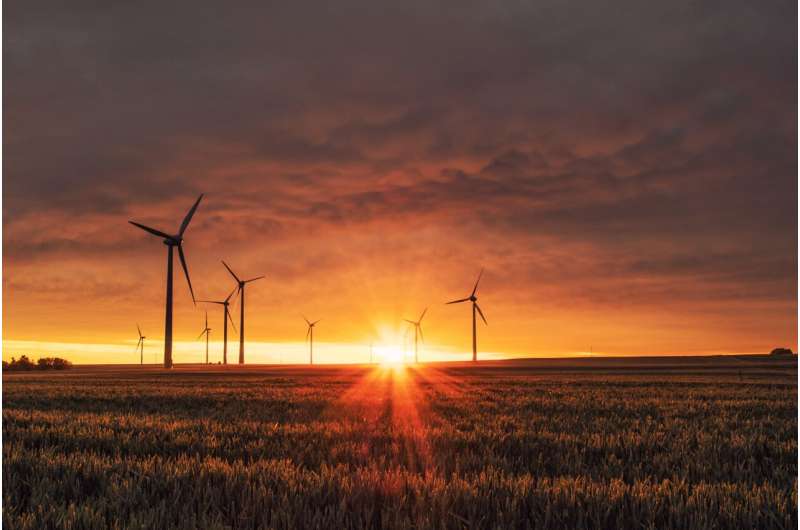 Economic models of climate change may have substantially underestimated the costs of continued warming, according to a new study involving UCL researchers.

Published today in the journal Environmental Research Letters, the work by an international team of scientists found that the economic damage could be six times higher by the end of this century than previously estimated.

Projections like this help governments around the world calculate the relative costs and benefits of cutting greenhouse gas emissions. However, prior analysis has shown that the models used may ignore important risks and therefore underestimate the costs.

Currently, most models focus on short-term damage, assuming that climate change has no lasting effect on economic growth, despite growing evidence to the contrary. Extreme events like droughts, fires, heatwaves and storms are likely to cause long-term economic harm because of their impact on health, savings and labor productivity.

The study authors first updated one of the three climate-economy models used to set the price of carbon for national policy decisions, then used it to explore the impact of year-to-year climate variations and the rates of economic recovery after climate events.

The study shows that by 2100, global GDP could be 37% lower than it would be without the impacts of warming, when taking the effects of climate change on economic growth into account. Without accounting for lasting damages—excluded from most estimates—GDP would be around 6% lower, meaning the impacts on growth may increase the economic costs of climate change by a factor of six.

Yet, there is still considerable uncertainty about how much climate damages continue to affect long-term growth and how far societies can adapt to reduce these damages; depending on how much growth is affected, the economic costs of warming this century could be up to 51% of global GDP.

Study co-author Dr. Chris Brierley (UCL Geography) says that “we don’t yet know exactly how much effect climate change will have on long-term economic growth—but it’s unlikely to be zero, as most economic models have assumed.”

“Climate change makes detrimental events like the recent heatwave in North America and the floods in Europe much more likely. If we stop assuming that economies recover from such events within months, the costs of warming look much higher than usually stated. We still need a better understanding of how climate alters economic growth, but even in the presence of small long-term effects, cutting emissions becomes much more urgent.”

The researchers also updated the model to take advances in climate science over the past decade into account, as well as the effect of climate change on the variability of annual average temperatures—both of which increased the projected cost of climate change.

The authors calculated the effect of these changes on the ‘social cost of carbon’ (SCCO2), a crucial indicator of the level of urgency for taking climate action that calculates the economic cost of greenhouse gas emissions to society. Expressed in US dollars per ton of carbon dioxide, estimates currently vary greatly between $10 to $1,000. However, when taking more robust climate science and updated models into account, this new study suggests that the economic damage could in fact be over $3,000 per ton of CO2.

“Burning CO2 has a cost to society, even if it is not directly to our wallets. Each person’s emissions could quite well result in a cost to humanity of over $1,300 per year, rising to over $15,000 once the impacts of climate change on economic growth are included,” Dr. Brierley said.

While the findings show large uncertainties, the central values were found to be much higher than policymakers currently assume; the US government, for example, currently uses a social cost of carbon of around $51 per ton to judge the costs and benefits of projects linked with greenhouse gas emissions, whilst the EU Emissions Trading Scheme, which covers power, manufacturing and aviation, recently exceeded €61 for the first time.

Study co-author Paul Waidelich (ETH Zürich) says that “the findings confirm that it is cheaper to reduce greenhouse gas emissions than it is to deal with climate change impacts, and the economic damages from continued warming would greatly outweigh most costs that could be involved in preventing emissions now. The risk of costs being even higher than previously assumed reaffirms the urgency for fast and strong mitigation. It shows that choosing to not reduce greenhouse gas emissions is an extremely risky economic strategy.”

Former UCL MSc student and study lead author, Jarmo Kikstra (International Institute for Applied Systems Analysis and Imperial College London), says that “it is very difficult to calculate the overall costs of climate change, but increased scientific evidence has improved economic estimates. Climate science on this has improved a lot over the past decade, and the improvements we made with the science do not change the order of magnitude of cost-benefit estimates.”

“However, we are much more uncertain when it comes to how the economy will respond to future climate impacts. We reveal that if we look more closely at the lasting impact the climate can have on economies, we find that the costs might increase many times, depending on how much climate action we take.”

This document is subject to copyright. Apart from any fair dealing for the purpose of private study or research, no
part may be reproduced without the written permission. The content is provided for information purposes only.