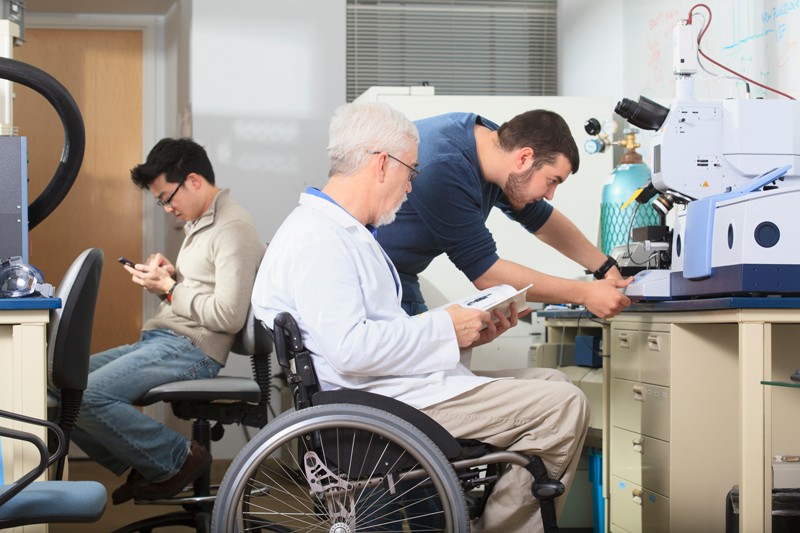 A cross-party group of UK parliamentarians is urging the government to increase the diversity of the nation’s workforce in the fields of science, technology, engineering and mathematics (STEM).

Among other recommendations, a report issued by the All-Party Parliamentary Group (APPG) on Diversity and Inclusion in Science, Technology, Engineering and Maths calls on the government’s Office for Science and Technology Strategy to review all departments involved with the STEM workforce to ensure that they are committed to diversity. Departments subject to review would include those responsible for education, research and development investments, and professional qualifications standards.

“Diversity is not an optional add-on, it is an economic imperative,” says Chi Onwurah, a Member of Parliament and chair of the APPG. “It needs to be at the heart of policy, because we cannot build a more prosperous economy without making use of the talents of everyone.”

The report, which follows one that the group produced last year on the state of diversity in UK STEM education, comes at a time of reckoning when governments and institutions around the world are examining the diversity of their workforces in STEM fields and beyond. Progress has been slow. A survey conducted in 2019 by the Pew Research Center, a non-profit organization in Washington DC, found, for example, that 9% of the US STEM workforce identified as Black, the same proportion as in 2016 (see Nature 592, 805–806; 2021).

The latest APPG report cites data from the 2019 Labour Force Survey, conducted by the UK Office for National Statistics, showing that women account for 52% of all workers in the United Kingdom but only 27% of STEM workers. Gender disparities varied by sector. Although women accounted for 48% of all physicians in the National Health Service, according to the British Medical Association, they made up only 15% of engineers, as counted by the not-for-profit organization EngineeringUK. Women also held only 5% of leadership positions in the field of technology, the report stated, citing data from another non-profit body, BCS, The Chartered Institute of IT.

The report found that Black workers account for 3% of the overall workforce but just 2% of the STEM workforce, discounting health-care staff. That might seem like a minor discrepancy, but Onwurah notes that this one-percentage-point difference translates into thousands of workers who chose a path outside a STEM career. “This more granular level of understanding has indeed shown that there is much more work to do to improve equity, diversity and inclusion across the sector,” she says.

Workers from minority ethnic groups account for 12% of STEM jobs, which is roughly the same as their representation in the overall workforce. But the report notes that a slight over-representation of people of Indian descent masks a lack of representation among other minority groups.

People who have disabilities are notably under-represented in the UK STEM workforce. Those with reported disabilities hold 14% of jobs overall but only 11% of jobs in the scientific sector. The report notes that data on disabilities are incomplete, partly owing to a lack of self-reporting. Inconsistencies in data collection have hampered efforts to get a full picture of the UK workforce. The report notes that different organizations use different definitions to assess their workforce, making comparisons difficult. Several organizations treat “Black, Asian and Minority Ethnic” as one category, an approach that hides differences between the groups.

The report calls for the Office for National Statistics and the UK Statistics Authority to improve and standardize the collection of workforce data, including on the themes of ethnicity, disability, sexual orientation and identity, and socio-economic status.

Data collection might be especially important in the wake of the COVID-19 pandemic. The report notes that the pandemic has taken an outsize toll on under-represented workers, including women and those from minority ethnic groups.

Louise Archer, a sociologist at University College London who studies STEM representation, welcomes the renewed attention to diversity in the STEM workforce. “The government has a role to play,” she says. She notes that many of the same disparities are evident in education, as detailed in the previous APPG report. “These issues don’t just start at the workforce.”

One major obstacle, Archer says, is the limited perception of science among young people who are considering careers. “The majority of young people think you only do science if you want to become a scientist, a science teacher or a doctor,” she says. Broadening that perception could help to bring new people into the STEM workforce who might have otherwise gone elsewhere, she says.

Onwurah agrees. “The UK STEM workforce has a reputation for not being representative of the UK population with regards to race, gender, sexual identity, disability and socio-economic status,” she says. “It is our obligation as a nation to create an equitable society, free of systemic discrimination for future generations.”