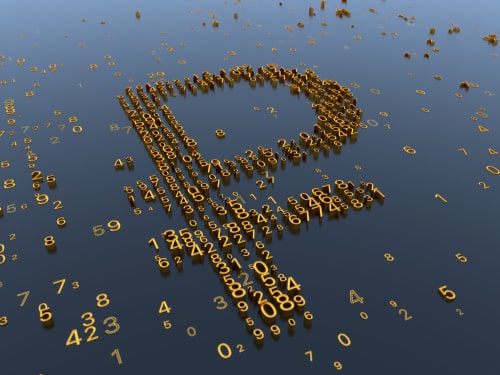 “It’s the future for our financial system because it correlates with this development of digital economy, digital finance,” Nabiullina told CNBC on Wednesday. “We discussed if there is a need for central bank digital currency … we see some advantages. Of course, there are some risks.”

The introduction of the digital ruble will be a step-by-step process, Russia’s central bank governor said.

“It’s a very difficult, technological, legal … project. There is a need for fast, cheap payment for all. The one that diminishes all these transactional costs in the economy,” she said.

Russia has already published its own consultation paper on digital ruble back in October, and it is planning on launching some piloting projects as soon as next year. “We decided to create this prototype of the digital ruble. We aim to have this prototype by the end of this year. And next year, we aim to start testing and piloting,” Nabiullina stated.

With many central banks working on their own digital currencies, including China and the U.S., one big obstacle going forward will be how they all work with each other, Nabiullina pointed out.

“We see many banks thinking about these central bank digital currencies. But we need to think about cross-border payment. If each bank creates its own technological system with local standards, it will be very difficult to create some interconnections between these systems to facilitate all cross-border payments. There are these conversations, but it is difficult to find common solutions on that,” she said.

The U.S. central bank will be releasing its own research paper on the Fed’s central bank digital currency (CBDC) this summer, which will be open to public feedback.

“To help stimulate broad conversation, the Federal Reserve Board will issue a discussion paper this summer outlining our current thinking on digital payments, with a particular focus on the benefits and risks associated with CBDC in the U.S. context,” Powell said in an unusual video statement in May. “As part of this process, we will ask for public comment on issues related to payments, financial inclusion, data privacy, and information security.

When asked about cryptocurrencies, Nabiullina noted “great risk for money laundering” due to the fact they the crypto world is anonymous and non-transparent. “There are aspects related to transparency. That’s why we banned our financial institutions to work with cryptocurrencies,” she said.