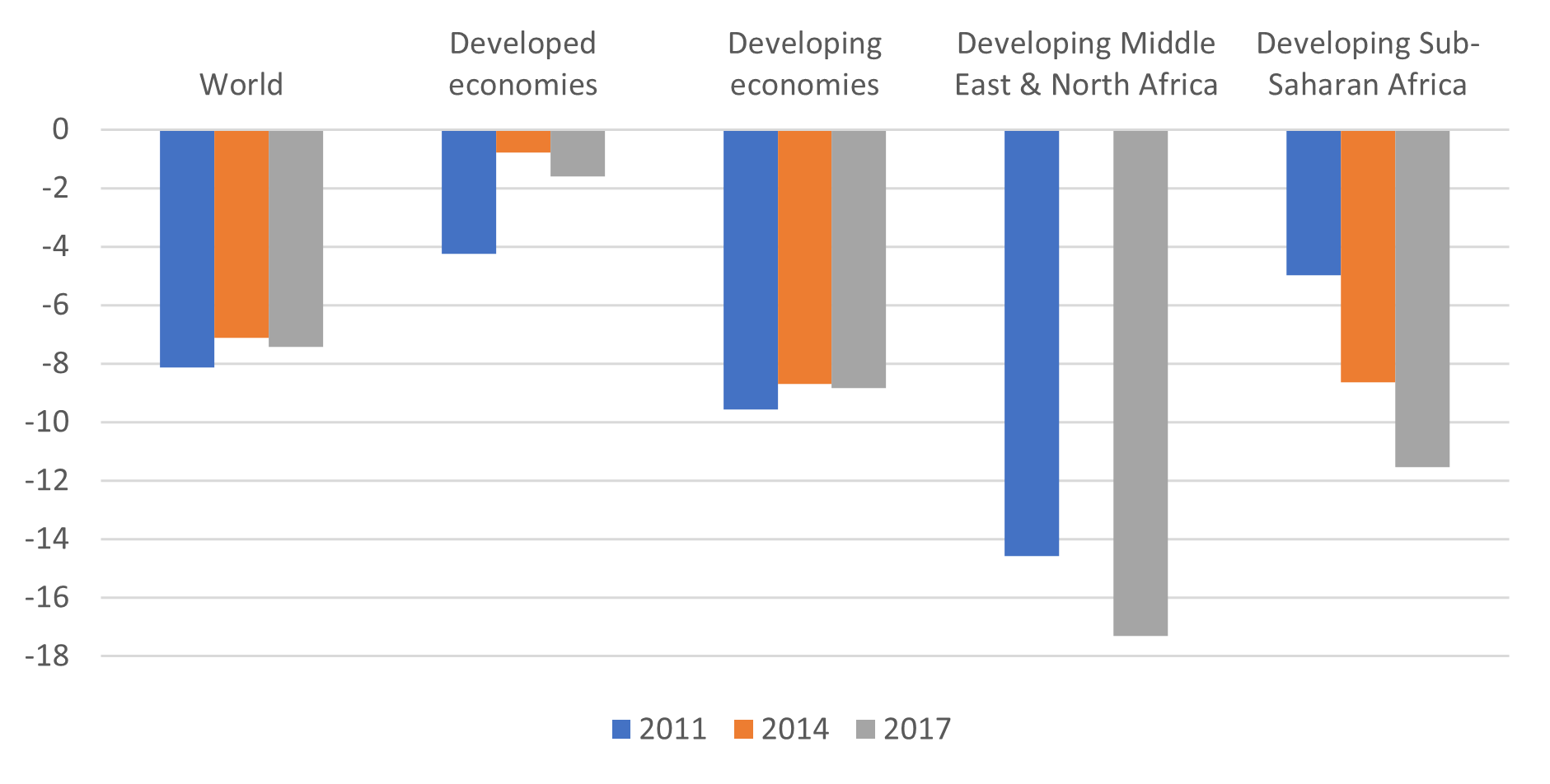 In many parts of the world, women have had less access to financial services than men for years. The COVID-19 pandemic has exacerbated the challenge.

At the onset of the pandemic, more women than men lost jobs. Sectors that absorb women workers such as tourism and personal services were hardest hit.

In 2019, women accounted for 53% of jobs in accommodation and food service activities. By 2020, international travel receipts, excluding passenger transport, had declined by 63% from the previous year, dealing a heavy blow to these sectors. Income losses suffered by women migrant workers in the services sectors were particularly severe.

According to the World Bank, remittance flows to developing countries in 2021 are projected to decline by roughly $78 billion, relative to 2019. This amounts to a projected drop of above 7% for both 2020 and 2021.

Losses in remittances have an indirect impact on women’s economic empowerment in their countries of origin. Remittances are often used for food, health and other social services for the benefit of a family.

Generally, women manage such funds. Women also bear the brunt of a fall in disposable income for necessary household goods and services.

Even before the pandemic, women had less access to financial services than men in many parts of the world.  In 2017, 65% of women had a financial account compared with 72% of men.

While the gender gap at the global level diminished between 2011 and 2017, some developing regions, including Middle East and North Africa and Sub-Saharan Africa, witnessed a reverse trend (Figure 1).

What accounts for the gender gap in access to and use of financial services? The gap often reflects societal constraints, resulting from domestic laws and regulations that exclude women from financial services.

For example, in some parts of the world, women are not allowed to become legal owners of productive resources such as land or properties.

Most banks require collateral to lend and demand that assets be registered in the borrower’s name. In some instances, women cannot have bank accounts or businesses in their own name without the husband’s permission.

The way financial services are set up can pose other impediments. For example, minimum balance requirements for opening an account can work against women whose business revenues are small and irregular.

Also, documentation requirements can penalize women, particularly in rural areas and the informal sector, if they lack official payslips or proof of residence.

How to bridge the gap

Reducing the gender gap in financial inclusion would require applying a gender lens to domestic and international policy actions. The barriers impeding women’s access to financial services are multi-dimensional.

The approach needs to be coherent with measures applied to redress the structural impediments to the socioeconomic empowerment of women. Such a coherent approach would include the following actions at the national level, and for which more international cooperation is needed:

UNCTAD’s sixth Trade Policy Dialogue to be held on 28 April will provide a forum to exchange recent experiences and views on applying a gender lens to financial inclusion.

It will focus on innovative policies, initiatives and measures that identify further needs, gaps and bottlenecks and implications for future action. The event builds on UNCTAD’s recent study on financial inclusion for development.