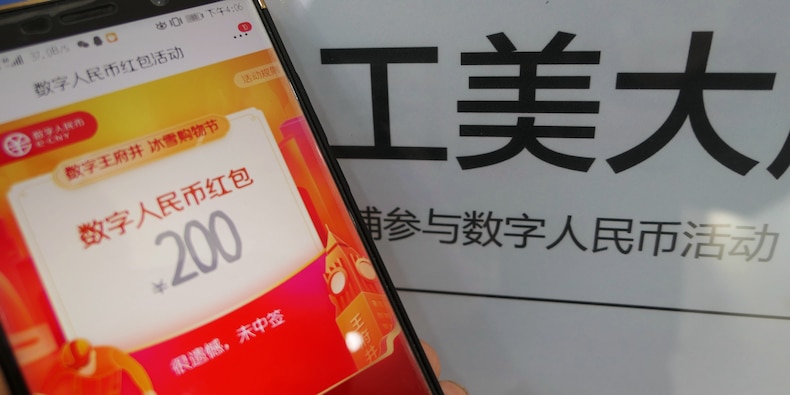 At the International Finance Forum 2021 Spring Conference in Beijing, Yao said CBDCs would likely become more “smart” and could include functionalities and attributes that extend beyond those of physical currencies.

This could take the form of smart contracts, which are programs that document, control and execute agreements or transactions, Yao, who is currently the director of the Science and Technology Supervision Bureau of China’s Securities Regulatory Commission, said. Terms and conditions are written onto blockchain ledgers and contracts are self-executing, trackable and irreversible. They also cut out third parties and allow any two parties to enter agreements, even anonymously, which is one of the things that makes them popular in the crypto sphere.

Smart contracts require blockchain networks like ethereum, which could be used by central banks as an additional layer to their digital currencies. This would allow users to access CBDCs without having a bank account for example, Yao said. This would improve financial inclusion, which is widely regarded as one of the main goals of CBDCs.

So far, the digital yuan has been developed in collaboration with banks and other financial institutions. In the two-tiered system the e-yuan follows, the central bank disseminates the digital currency to commercial banks, which are then responsible for passing it on to consumers. This however means that users need an account, or to be registered with an existing bank or authority to gain access to the new digital currency.

Trials of the digital yuan began earlier this year across China and are set to roll out more widely in the future. By 2022, China hopes to trial its CBDC with international visitors and athletes at the Beijing Winter Olympics.

Yao however also urged caution. Smart contracts may be vulnerable to security issues and their legality is still questionable as the technology is new and has not been used by the wider public yet, he said. Under his approach, central banks would therefore start with simple contracts and make sure any kinks in the system are resolved before using blockchain technology for more complex transactions, Yao said.