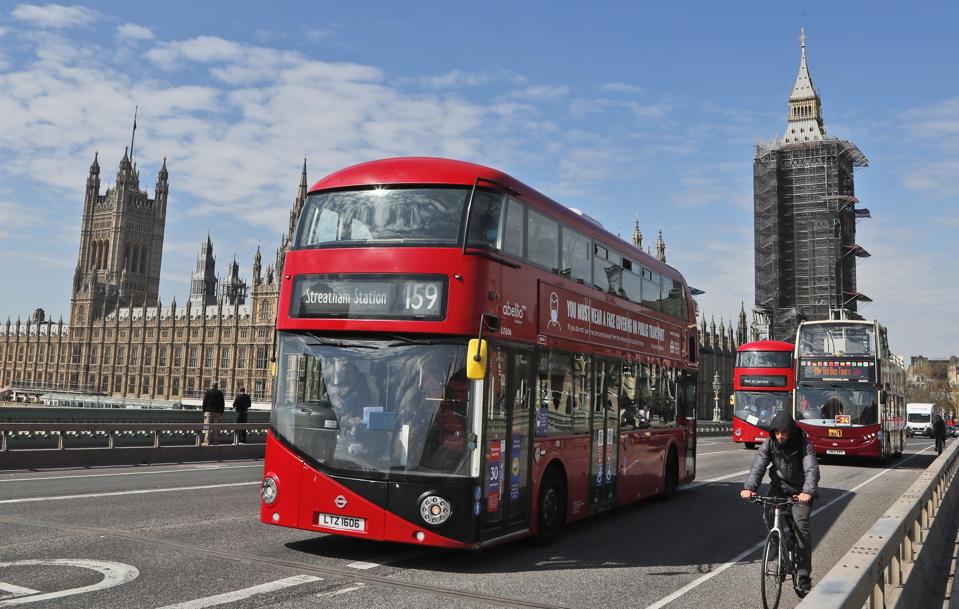 Can The U.K. Government Get To Grips With Digital Identity?

This week in the House of Lords, Lord Holmes of Richmond will ask the Government what plans it has to introduce a distributed digital identification (Digital ID) protocol for the United Kingdom.

The U.K. Government’s flagship digital identity program was recently abandoned due to “over-elaborate expectations trajectory and cost.” This was not unexpected. The $250 million (£175 million) Gov.uk Verify digital identity system was launched in 2013 with a goal of 25 million users by 2020 with every government department using the system.

One key department however, Her Majesties Revenue and Customs (HMRC) – the U.K tax authority, opted out of the system in 2017 and today their own Government Gateway system has 16 million users compared with fewer than eight million for Verify.

Despite an outstanding track record on rolling out Open Banking and Digital Payments in the U.K. you can see why my noble friend Lord Holmes is frustrated by progress, or rather, the lack of progress, on digital identity. This next generation infrastructure is at the heart of making Digital Britain work, improving financial inclusion and wellness, and enabling economic growth through the delivery of both public and private digital currencies and securities. This has become particularly urgent as we start to emerge from the dreadful impact of the COVID-19 pandemic and seek to ‘build back better’ over the next decade.

Lord Holmes is not alone in raising the issue. The Financial Conduct Authority (FCA) in a recent report noted that digital identity would be a great benefit to the greater adoption of Open Finance. The Kalifa Review of U.K. Fintech, published its report in February 2021, following a government commissioned independent review into the U.K. fintech sector, highlighted the need for a coalition on Digital ID to avoid misunderstanding and confusion about competing standards, a real risk right now.

The Financial Services Bill has recently passed through parliament, becoming law last month. Lord Holmes tabled several amendments to the bill, suggesting changes and putting forward proposals designed to push forward a distributed Digital ID. The amendments required that HM Treasury, within six months of the passage of the bill, publish the Government’s plans for the development and deployment of a distributed Digital ID for individuals and corporate entities in the financial services sector.

Along with this desire for a more ambitious schedule, the proposals stated that a successful distributed Digital ID must be scalable, flexible, inclusive, capable of deployment and take-up across the entire of the U.K., and capable of adapting to change – not least in new technologies such as quantum computing. The proposal also included a mandatory public engagement campaign around Digital ID, to raise public awareness and participation in the process.

It is worth noting on this point that a Voter ID bill that would make access to a ballot paper conditional on production of photo id has just been announced for the new legislative session and is already causing a backlash from civil liberties campaigners. British citizens are not required by law to carry identity documents and there is a widespread cultural antipathy to the idea.

What has traditionally been understood as a balance of power that protects citizens from an intrusive or repressive state however, can be completely reimagined if there is better understanding of distributed Digital ID systems based on self-sovereign identity. Lord Holmes argues that a distributed Digital ID must be implemented in accordance with the twelve guiding principles of self-sovereign identity.

We should all have a great interest in what the future holds for digital identity on the blockchain. In addition to the compelling use case for citizen digital identity for government services and voting there could be a role for an effective trusted distributed Digital ID in addressing the prevalence of fake news and inflammatory content on social media.

Blockchain-based systems provide features, such as hashing functions, digital signatures, and zero-knowledge proofs that can protect our information against theft or loss, offer secure systems and build trust. This all depends on projects getting to grips with the implications of these innovations on our understanding of concepts like citizenship and the relationship between citizen and state.

Access to essential services and rights are dependent on a valid proof of identity. From a development perspective the World Bank has stressed the need for every citizen to be endowed with a valid proof of identity. A 2016 report identified three overarching goals for any identification system; inclusion and access to essential services, effective and efficient administration of public services and more accurate measurement of progress in particular policy areas. Yet, still today, more than 1.5 billion people are excluded from accessing basic services due to their inability to prove their identity.

The great British public understand identity in a legal sense. That is the fact that individuals are recognised as citizens by a state, whether by birth or another legal citizenship process and provided with a birth certificate or passport to prove it. In addition to these documents that provide evidence of citizenship there is also “proof of address”, a form of identification issued by a trusted institution such as a bank or utility company.

Both these government issued and trusted organisation issued documents are usually required for formal identification purposes in financial services, a process known as Know Your Customer (KYC). Currently mainly paper based and physical, the process of digitisation is underway with tech platforms such as Onfido and Jumio using AI to verify customers and block fraudsters. If these innovations continue to improve user experience, reduce fraud, and improve financial inclusion then public trust should build.

The missing, and absolutely essential piece of the puzzle, is a government-issued digital identity. After the failed attempt with Verify, what is the Government’s plan and will they be able to design a system and establish standards and regulation regarding governance and legal liability that work as well as it does in the digital payments space in the U.K.?

During the Financial Services Bill debate, Minister Baroness Penn said that the Government, ‘considers that progress is already under way to support the use of digital identity products that will work across the economy and between different economic sectors and that the public are engaged on how the work is being shaped.’

Lord Holmes is rightly pushing for more detail on the the Government’s plans for Digital ID stating, “There is a real prize for the U.K. here, for us as individuals, corporate and all entities, to trade, to trust, to claim and verify, to lead when it comes to distributed Digital ID.”

We have the technology to achieve a Digital ID solution for all, now. The real question is whether the policy makers and legislators can create the innovative and collaborative environment required to deliver a single Digital ID solution that works across government and industry.