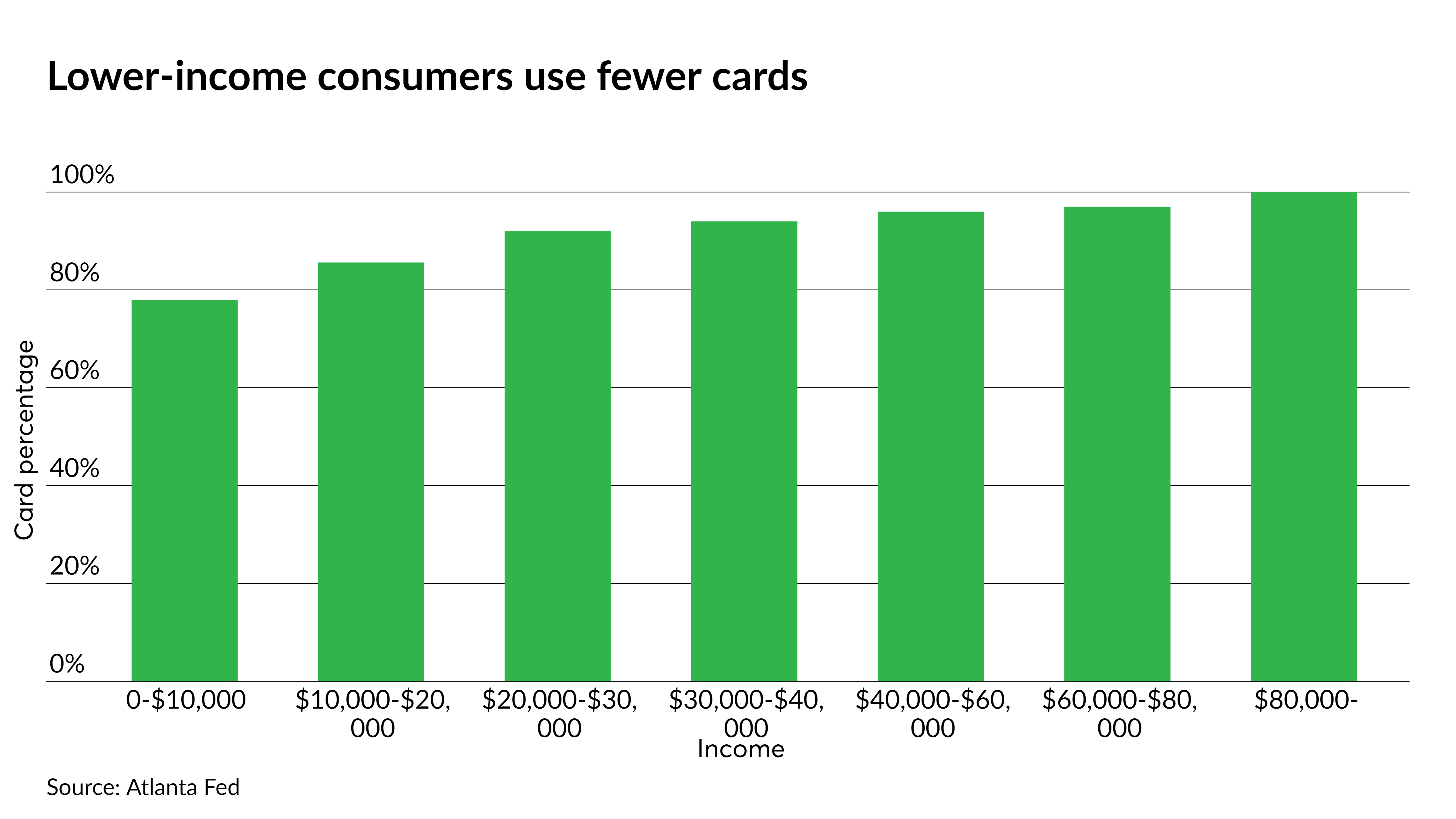 The Federal Reserve Bank of Atlanta has created a cross-industry group to bridge the gaps created between financial innovations and the underbanked.

Called the Special Committee on Payments Inclusion, it will consider the unintended negative impact of smartphone-driven services like digital wallets, mobile payments and P2P apps.

The committee will be active for two years. At the end of this term, committee members and the Atlanta Fed will determine recommendations, detail additional work to pursue, decide on extending the committee’s work, and chart a path forward for public policy and collaboration.

The Atlanta Fed, which did not return a request for comment by deadline, says the committee is broader in membership than past efforts, connecting different retailers, banks, fintechs and academics to share data, experience and research. The Atlanta Fed also shared its research on the impact of technology on financial inclusion.

“Payments innovations offer convenience, but they also raise concerns about how they may further exclude a population already marginally attached to the economy,” the research report says, adding upward mobility has eroded over the past several decades and Americans born at the lower end of the income scale are increasingly unlikely to climb that scale.”

There are efforts globally to address the gap between digital financial services and underserved communities, with a network of several thousand U.K. merchants this week agreeing to support cash, even as the use of paper bills dramatically declines in the U.K.

Supporting access to cash is just part of the problem, according to the Atlanta Fed, which argues that the cash-reliant will find themselves increasingly locked out of commerce.

“Advancements in retail payments may help certain previously excluded groups access the financial system, but where new options leverage bank accounts or require internet or mobile phones, consumers who rely on cash or don’t have internet could be left behind,” the Atlanta Fed says.

As a result, the Atlanta Fed’s committee is encouraging solutions that migrate the traditional financial inclusion focus on reducing the underbanked through bank accounts to extending digital payment technology that doesn’t require a formal bank relationship, saying “there is not just one path to financial inclusion.”

That would suggest support for stablecoin projects and fintechs, which can involve banks or card networks as enabling partners but do not rely on those parties to enroll and manage the consumer relationship.

Firms like Coinbase and the pending Facebook-affiliated Diem stablecoin are partly positioned as financial inclusion plays that do not require a traditional bank account, and exist as a counter to banking. And blockchain firms have created ways to execute international transactions whiteout relying on banks to manage currency conversion and other processing steps.

And public policy momentum has been building digitizing currency to create a more direct relationship between businesses and central banks. The Digital Dollar Project, for example, is working on central bank digital currency models that involve banks in a technology and disbursement support role, but also eliminates traditional bank roles in payment processing.

The Atlanta Fed argues public policy that enables a variety of ways to access digital finance is potentially better than focusing on bank enrollment.

“If there are alternative ways to solve cash-based exclusion, there may be good reasons to position this problem under the rubric of financial inclusion as distinct from the underbanked problem,” the Atlanta Fed says in its report.