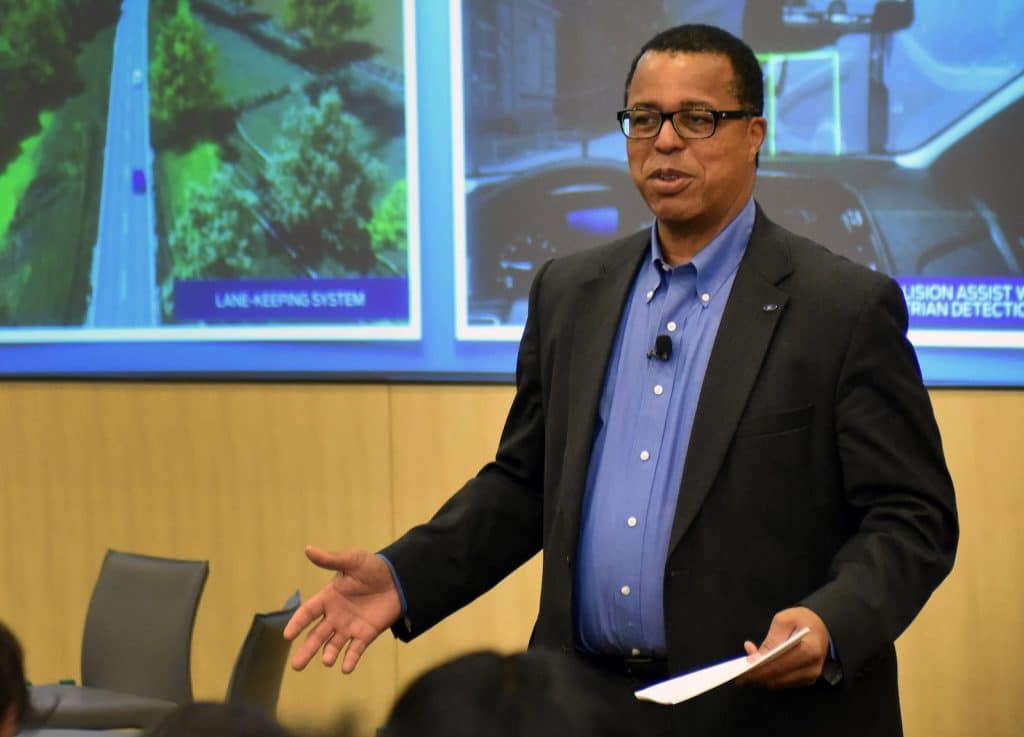 The employee swapping between the automotive and technology industries continued as Ford Motor’s Co.’s Chief Technology Officer Ken Washington is moving over to Amazon as vice president of software engineering.

Ford officials confirmed Washington’s departure to the online retail giant to the Detroit Free Press. Amazon, which hardly ever makes personnel announcements, has not posted any kind of release about hiring Washington.

“Washington will end his tenure at Ford on July 16, with Jim Buczkowski, a longtime Ford colleague and Senior Henry Ford Technical Fellow, taking on interim responsibility for the company’s Research and Advanced Engineering team while a permanent successor for Washington is identified,” said a staff memo excerpt sent to the Free Press.

Washington is the just the latest high-ranking auto exec to leave and head west. Former Ford CFO Tim Stone, who came to the automaker from Amazon, left to head to a Silicon Valley-based artificial intelligence software company.

Ford’s not alone in this trend as crosstown rival General Motors has seen some of top leaders depart and head west.

Dhivya Suryadevara is left her role as General Motors chief financial officer last August to take the same role at Stripe, an online payment startup. Suryadevara held the role for a little more than two years, replacing Chuck Stevens. Her ascension to the job made the automaker one of a small group of companies with women in the role of CEO and CFO.

Prior to that, longtime GM executive Alicia Boler Davis left the company to pursue “other opportunities,” which meant Amazon. She is currently vice president of global customer fulfillment for the online retailer.

Once considered a confidant of CEO Mary Barra, Boler Davis started at GM in 1994 as a manufacturing engineer at the midsize/luxury car division in Warren, Michigan. During the next 25 years at the automaker, she took jobs of increasing responsibilities until taking as the leader of GM’s global manufacturing operations, manufacturing engineering and labor relations organizations in 2016.

He’s also been with the automaker for 40 years, holding technology-focused roles in the U.S. and Spain.

Those duties will, at least for the interim, be taken over by Buczkowski, who is a Henry Ford Technical Fellow and Director, Electrical and Electronics Systems Research and Innovation. He is responsible for the research and design of electrical and electronic systems including in-car information and entertainment, telematics, driver information, and active safety systems for Ford vehicles globally.

An in-demand speaker with a knack for engaging his audience, Buczkowski has spoken at Intel Labs, Texas Instruments, Cisco and Microsoft and participated as part of Ford Keynotes at CES, IFA and other technology venues. These forums bring together leaders in their field to speak about how technology trends will impact future experiences as well as how successful strategies resonate with customer needs.