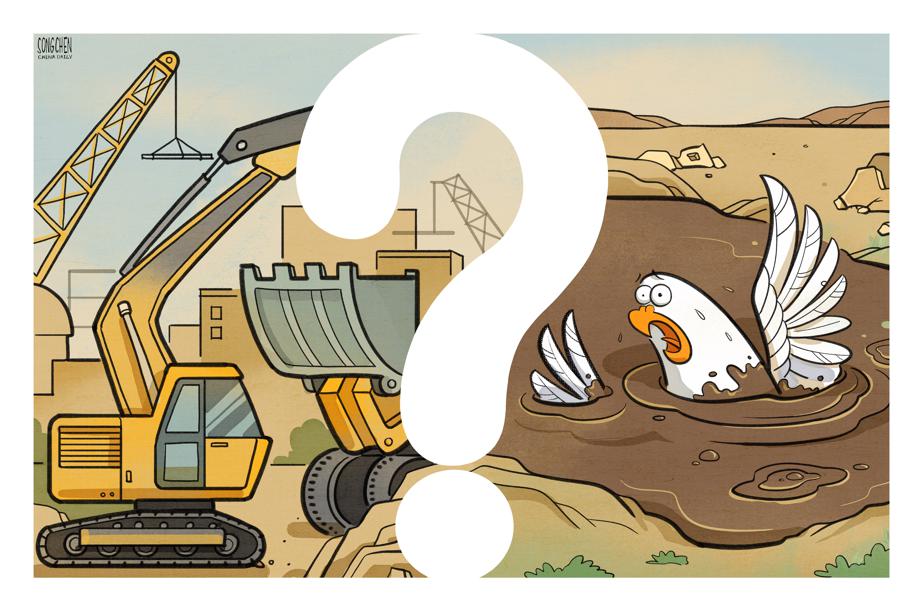 The hasty withdrawal of US, British and other NATO troops from Afghanistan after their almost 20 years of failed “war on terror” could become an inflection point toward a new era in world politics.

Despite the 20 years of military operation by the US-led forces, in which at least 71,000 civilians were killed in Afghanistan and Pakistan, the Taliban, the main target of the Western forces, again control the country.

While Western media were full of panic reports about the rapid advance of the Taliban, cooler heads in China, Russia, Pakistan, Iran and many Central Asian countries, even India, were busy working out diplomatic moves to both contain the situation and get the Taliban to adhere to peace and reconciliation.

Chinese State Councilor and Foreign Minister Wang Yi visited several Central Asian countries in July, much before the Taliban entered Kabul last week, to discuss the fast-changing situation in Afghanistan. The Shanghai Cooperation Organization, which includes all the abovementioned countries (Iran is an observer state of the SCO), held a meeting of its foreign ministers in Dushanbe, capital of Tajikistan, on July 14.

At the meeting, Wang said that due to the hasty withdrawal of the US and other Western forces, “Afghanistan is once again faced with the grave challenge of moving toward war or peace, chaos or stability”, and proposed a five-point initiative. According to the third point, all countries should work together to boost Afghanistan”s reconciliation process, in order to prevent another civil war.

All of Afghanistan’s neighbors have some amount of influence on certain Afghan factions or groups, making them suitable brokers of peace and reconciliation. Which fits in with Wang’s fifth point: urging the SCO to contribute to peace and reconstruction in Afghanistan. This is vitally important, because by integrating Afghanistan into regional economic development plans, the SCO can ensure durable peace.

Belt and Road Initiative has potential big role to play

Contrary to its previous position as a buffer zone between the Russian and British empires in the “Great Game”, Afghanistan today is positioned to become a bridge between Eurasia and South Asia, and between East Asia and West Asia. It lies between two of the main Belt and Road corridors; the China-Pakistan Economic Corridor to the south and the China-Central Asia-Western Asia Economic Corridor to the north.

Afghanistan formally joined the Belt and Road Initiative in May 2016 during then Afghan chief executive Abdullah Abdullah’s visit to China. The Afghan Foreign Ministry had then said, “given its location at the crossroads of Central, South, and Southwest Asia, Afghanistan is well placed to partner with China and connect to the wider region via BRI”. And in 2017, it became a member of the Asian Infrastructure Investment Bank, although due to the domestic situation and US-China frictions, no infrastructure projects could be launched.

Interestingly, the Belt and Road Initiative has been included in the United Nations mission in Afghanistan. And more than one year before the US withdrawal from Afghanistan, Wang finalized a nine-point agreement at the inaugural China-Central Asian Countries Foreign Ministers’ Meeting on July 16, 2020.

The third point of the agreement says that the parties will make more efforts to “synergize the Belt and Road Initiative and the development strategies of Central Asian countries, expand trade and provide more common ideas and concrete actions on the development of a Silk Road of Health and the Digital Silk Road”.

According to the eighth point, which concerns Afghanistan: “China and Central Asian countries all support the peace and reconciliation process in Afghanistan and stand ready to play a constructive role in promoting intra-Afghan negotiation, restoring peace and stability, advancing Afghan economic recovery and strengthening regional cooperation.”

The TAPI, or Turkmenistan-Afghanistan-Pakistan-India Gas, pipeline was backed allegedly by the US and NATO, but it was used as a geopolitical tool to ensure Central Asian countries and the gas-and-oil-rich countries do not work with Russia, Iran or China. The idea was to connect Turkmenistan directly with Afghanistan, Pakistan and India, and get natural gas from there.

Yet it remains a very useful project, not least because it can connect Pakistan and India through mutual interest and does not exclude building gas pipelines to Russia or China or through Iran.

However, the Central Asia-China natural gas corridor starting from Turkmenistan has become one of the most vital gas pipelines in Asia. Iran, Pakistan and India had their “Peace Pipeline” plans, which the Iranians built up to Zahedan on the border with Pakistan. But US pressure prevented Pakistan from pursuing the project, albeit the conflict between Pakistan and India also played a role in the “shelving” of the project. Had there been no geopolitical conflicts, these oil and gas pipelines could have seen the light of the day.

The infrastructure projects also include the Five-Nation (China-Kyrgyzstan-Tajikistan-Afghanistan-Iran) Railway, and the corridor from Peshawar (Pakistan) to Kabul and Dushanbe. Another corridor connects Peshawar with Kabul and Mazar-e-Sharif and extends into Turkmenistan. Some railways, too, have been built from the neighboring countries, including Iran, which last year completed the construction of a railway from Khaf and Mashhad to Herat in Afghanistan. Still, there is a need to build a corridor from Tajikistan to Kunduz in Afghanistan.

Some neighboring countries’ railways extend up to the border towns of Afghanistan, but not into the country. In 2016, a railway line from the Xinjiang Uygur autonomous region of China was extended up to Hairatan in northern Afghanistan through Kazakhstan and Uzbekistan. And in 2019, a freight line was built along this route to China. Building the missing connectivity links inside Afghanistan should therefore be a priority for the reconstruction plans.

China has very good ties with Central Asian countries, three of which share borders with Afghanistan, and since the countries are also part of the Belt and Road Initiative, their trade and infrastructure cooperation with China have strengthened.

The SCO, over time, has evolved from a security organization to an economic cooperation vehicle with the Joint Commission on Facilitation of International Road Transport becoming one of the most important platforms of the organization, especially for infrastructure construction.

As for connectivity, China’s Xinjiang is connected with three main Belt and Road corridors: the CPEC, the New Silk Road, and the Eurasian Corridor. But the transport and power infrastructure of China’s neighbors needs to be upgraded to further improve connectivity and increase cross-border trade.

Afghanistan has rich deposits of rare earths and other minerals such as lithium, beryllium and tantalum－necessary for making electronics and other high-tech products－as well as large iron and copper deposits. One good thing the US Geological Survey did in the 20 years US forces were in Afghanistan is to carry out a large-scale survey of almost the whole of Afghanistan and prepare a map of the deposits of different minerals, including non-oil minerals. The study was completed in 2016.

One of those large copper deposits－one of the largest such deposits in Asia－is in Mes Aynak. The China Metallurgical Group won the bid in 2007 for developing and extracting copper from the Mes Aynak mine. But security factors－militants attacked the Chinese company’s sites several times－frequently disrupted work in the mine. Also, due to lack of adequate electricity and water supply, the Chinese company couldn’t process the required amount of copper. So it decided to build a 500-megawatt coal-fired power plant and a railway to bring coal from the northern part of Afghanistan and transport the processed copper.

That raised the cost of the project and reduced the estimated revenues for both the Chinese company and the Afghan government, which led to a dispute between the two that is yet to be resolved. But if the security situation improves and the development corridors are built, the mine could become profitable for both parties.

Afghanistan used to be like a lush garden many centuries ago. But changing weather patterns, accelerated by climate change, and the more than 40 years of war have turned Afghanistan into quite an arid country. Only 67 percent of the Afghan population has access to drinking water, not necessarily tap water, with many communities sourcing their drinking water from wells.

And, shockingly, the mortality rate of Afghan children below five was 25 percent in 2004. Yet half of those children’s death was related to waterborne disease. Which means many lives can be saved if all Afghan people have access to clean drinking water. Besides, water is critical to economic development.

True, Afghanistan boasts of rivers such as Helmand River, Amu Darya, Kabul River, Logar River and Panjshir River apart from several smaller ones, but they have large seasonal fluctuations, with some even drying up for a certain period every year.

Afghanistan’s water availability is 55-75 billion cubic meters a year, about the same as Egypt gets from the River Nile. But the Egyptians get it literally served on a platter, while the Afghan people have to use as much of the available water as possible before it runs off or evaporates. Therefore, it’s important to build massive reservoirs, which can also generate electricity, and improve water management to make water uniformly available across the country throughout the year.

On July 28 this year, Wang met with a visiting Afghan delegation led by the head of the “Taliban political commission”, Mullah Abdul Ghani Baradar, in Tianjin. While much of the discussion was centered on the future prospects of reconciliation, peace, stability and preventing terrorist groups from using Afghanistan as a base to launch attacks against China and other neighbors, economic development and reconstruction were key elements of the talks.

Baradar emphasized that the Afghan side hopes China will be more involved in Afghanistan’s peace and reconciliation process and play a bigger role in the country’s reconstruction and economic development.

Geopolitics has fomented wars and prevented cooperation in Afghanistan for almost 200 years. The irony is that the same Afghanistan, which was the playing field of the British Empire’s “Great Game”, could become the springboard to a new era of win-win cooperation.

Economic cooperation is the path to both security and development for all countries, especially Afghanistan where people have endured untold sufferings over the past 40 years. This is the right time to put Afghanistan on the Belt and Road to peace and prosperity. The current crisis carries within it a great opportunity, exactly as the fall of the Berlin Wall presented an opportunity for a new and just world economic order.

The author is board member of the Belt and Road Institute in Sweden. The views don’t necessarily reflect those of China Daily.