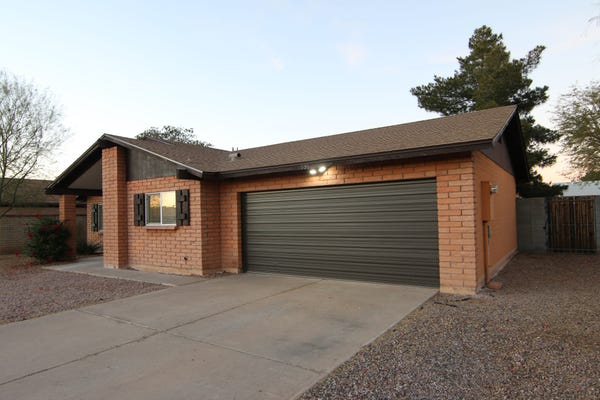 Buying a home is the most expensive purchase most of us will make in our lifetime. And while most of us are tied to a mortgage for decades, we’d probably all love to knock out our home loan payments early.

That’s what Jackie Beck and her husband managed to do. Back in 2008, they had bought a home together and finished paying off their credit cards, student loans, and car loans. They then entertained a wild thought: What if they paid off their house, too?

“We knew how great no longer having a student loan, car payment, and credit card debt was,” says Beck, who is a personal finance blogger at JackieBeck.com. “I just kept thinking about how great it would be to be completely debt-free. We wanted to make it happen so that we would have the freedom to do more of the things we love.”

While they didn’t know exactly how to go about it, they were determined to figure it out. Fast forward a little over three years, and Beck and her husband had knocked out their mortgage balance — a little over $99,000 — on their home in Tempe, Arizona. Here’s how they made it happen.

1. They made extra payments on their principal

To chip away at the principal, they started by sending in an extra $35 a month. As they got used to paying a little more each month, they increased that amount bit by bit over time. Beck didn’t wait until the end of the month to make an extra payment, either.

“When we got extra money, we sent it in to go toward the principal,” says Beck, who is in her mid-50s and currently lives in West Michigan. Some months they sent in as many as eight additional payments.

Before the couple decided to make extra payments, they combed their mortgage agreement to make sure they could make as many payments as they wanted, as often as they wanted, without any fees or penalties.

2. They found ways to bring in extra money

To scrounge up the cash for these extra payments, Beck and her husband worked as much as they could to earn an extra buck. At the time, Beck was working as a web content administrator, and her husband was a QA analyst. Besides income from their day jobs, they worked odd jobs, such as doing $5 surveys. On top of that, Beck worked nearly full-time on her side business.

Beck remembers depositing $5 checks from doing online surveys, and the teller would laugh. “I always thought, ‘Laugh if you want to, but we’re going to have a paid-for house!’ I would say that every little bit helps, especially when you make paying off your house a priority and want to stay focused on your goal.”

3. They refinanced to a lower rate

Here’s the thing: Even though the Becks only needed to pay $200 a month, they kept paying the old minimum monthly amount, plus extra. How much extra varied a lot, and ranged from  $31.69 to nearly $13,500 the very last month. (They pulled from their savings for that final payment.) “The closer we got to being done with the mortgage, the more we sent in on average,” says Beck.

4. They stayed out of debt

Had she and her husband accrued any debt while they were focused on paying off their mortgage, it would’ve made it harder for them to make extra payments.

While paying off their mortgage, the Becks made it a point to stay clear of debt by adhering to four simple rules: only spend money you already have; think about the trade-offs of a certain purchase, and whether it’s worth it to you personally; ask yourself if you wanted or needed something before you heard about it through an advertisement; and wait at least 24 hours before making an unplanned purchase.

By adhering to these simple rules, they avoided making too many impulse buys, or spending money on things they didn’t really need or value.

For those who would like to aggressively knock out their mortgages, Beck says not to be discouraged if you live in a part of the country with a higher cost of living. “If you’re thinking you could pay off your mortgage early too if you owed less than $100,000 on it, or that this doesn’t apply because you live in a high cost of living area, you’re missing the point,” she says. “Maybe you can’t do it as quickly, but that doesn’t mean you can’t do it. You can still make progress.”

At the end of the day, she adds, it’s not about how much you owe. It’s about what you do with your money. “Make it a priority and keep chipping away at it until you’re done,” says Beck. “It doesn’t have to be the same amount every month, or be on any kind of a schedule. Just keep sending extra! Every little bit helps.”